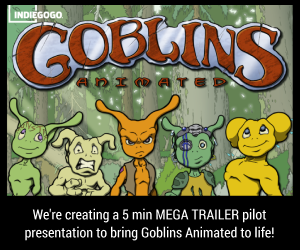 Please Help Elli Replace Her Dying Tablet
Posted May 29, 2022 at 12:25 pm
Hey everyone. My poor tablet has gotten to a point where it's struggling to work. I'm dead broke and I could really use some help here, in order to replace it and keep working.

Once upon a time, there was a girl named Elli, who lived, worked, and played with her drawing tablet. Together, the two of them fought monsters, hugged lots of creatures, and went on many exciting adventures.

After 12+ years of being together, the drawing tablet began to show her age. Her backlighting began to dim quite a bit, and more and more often, her screen wouldn't turn on at all. The poor tablet was coughing and sputtering. Elli felt saddened as she realized that her dear friend was dying.
"But you can't die!" Elli pleaded, "We've been through so much together! I need you, tablet."
The tablet spoke with a voice weakened by age, "I'm very old, pet. It's getting harder to go on adventures with you, and soon there won't be any more life in me."
"But I can't go on adventures without you." Elli cried.
"Yes you can, pet. I want you to find another drawing tablet and continue your adventures."
"It won't be the same." She said in a saddened whisper.
"No, but it will be a new chapter in your life. It'll be wonderful." The old tablet coughed as if to punctuate the severity of her failing health, "And that's all I've ever wanted for you, pet."
Elli sniffed and wiped her nose with her sleeve. "I love you, tablet."
"I love you too, pet. Now go find a way to meet a new tablet before it's too late. Before I <cough cough> can't have adventures with you."
Elli hugged her old friend. A few teardrops landed on the tablet's screen as the girl considered ways to find a new, younger tablet that she would be able to love and care for as much as she loved her old friend.
It wouldn't be easy. With shipping, taxes, and a proper stand for Elli's new friend, it'd come to about $4500 CAD. And she would need that money fast, as her old friend could pass away at any moment, leaving her all alone.